Microinsurance Trends: A Review of our 2016 predictions 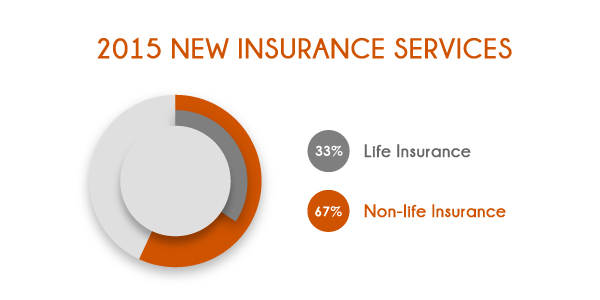 The first edition of our newsletter last year looked at some major themes in the microinsurance space that we expected to evolve over the course of the year.  It is therefore only fitting that in our first edition for 2017, we reflect and review the trends that we called out.

The GSMA 2015 Mobile Insurance, Savings and Credit report confirmed our prediction that microinsurance product diversification is indeed happening and highlighted a move away from life insurance as the dominant product offering.  Of the surveyed new insurance services launched in 2015 only 33% were life, whilst 67% were non-life.  This trend is underscored by the mix of products we see offered by the likes of Airtel with their ‘Three for Free’ loyalty offering which includes life, accident and hospital cash.  We also see this playing out in the ‘paid for’ services offered by BIMA insurance and Warid Telecom in Pakistan for example, who have stated they will expand beyond accident insurance to include health and hospitalization.  Overall, we consider this a promising start in reaching a broader target market, however providers must continually prioritise on developing and delivering products that are of value to their target consumers.

The success of the Telenor Tonic product (operated by Grameenphone) in Bangladesh, which signed 2.85 million members in seven months, a run rate of 20,000 member subscriptions per day, indicates that product bundling holds tremendous potential.  Tonic is a loyalty offering based on monthly airtime use and is categorized into four different tracks that combine both wellness and insurance. Tonic Life, is a healthy lifestyle advisory service delivered through digital mediums such as Facebook. Tonic Daktar, is a telemedicine service which allows customers to engage with doctors and health professionals over the phone or online. Tonic Cash, is a hospital cash product and Tonic Discount enables members to take advantage of discounts at select health outlets.

Our research indicates that product bundling is particularly relevant in emerging markets due to a mismatch which exists between future focused products, such as insurance and the needs of the more present focused emerging consumer, who is typically concerned with the here and now.  As a result, solutions which bridge both present and future consumer requirements are more likely to succeed.  We therefore expect to see an increase in insurance services being linked to products which offer immediate benefits such as telemedicine or health advice.

Going forward, we also expect to see providers experimenting more with incentive modelling and rewards such as aYo, which rewards subscribers in “MyBonus” points that can be exchanged for airtime, cashed out into mobile money or used to top up their insurance.

The emergence of niche solutions and niche providers

This is one prediction that we have not seen reach fruition over the past year. In part, we suspect this is because while niche offerings can lead to increased loyalty, they often result in less of an opportunity to reach scale.  However, in markets where initial microinsurance initiatives have already achieved scale through successful partnering, we do expect there will be emerging opportunities for a secondary wave of niche players and solutions.

Last year we continued to see evidence of complimentary capability partnering between MNOs and insurers.  In September 2016 MTN and MMI joined forces to create aYo and launched their first microinsurance product into Uganda early in 2017.  Further product offerings are expected to be unveiled in Ghana and Zambia within the year.

Further abroad, some insurers are positioning themselves, through MNO partnerships, to claim a slice of the fintech innovation opportunity.  Sun Life of Canada for example announced a partnership with the innovation arm of Philippine telco, PLDT and mobile provider Smart Communications Inc. to develop fintech services specifically for emerging markets.

It is not surprising to see a continuation of MNO and insurer partnership activity given the specialist nature of insurance.  Technical service providers (TSPs) continue to play an important role in these partnerships. An analysis of existing microinsurance initiatives shows that partnerships that include the expertise of a TSP are most likely to succeed.

The InsurTech revolution continued to pick up pace in 2016.  According to the PwC Insurance FinTech Global report 2016, 68% of insurers say they have taken concrete steps to address the rise of FinTech in insurance.  In the first quarter of 2016 alone, 45 InsurTech deals generated over $650 million, according to CB Insights.  Notable funding rounds were Zhong An (which picked up $931m), Zenefits ($500m) and Oscar ($400m).  Other players that hit their stride in 2016 include Lemonade, Friendsurance, TongJuBao and Metromile.

Other trends we noticed

Large, multinational insurance companies have been investing in microinsurance for a while.  This trend is building and expected to continue well into 2017 and beyond.  Whilst some insurers such as AXA have chosen to invest and grow their stakes in existing specialist firms, others have chosen to diversity their own product offerings. When Allianz entered the microinsurance space in 2012, they reported a 35% increase in revenue.  In 2016 Allianz attributed a staggering 95% year over year Gross Written Premium (GWP) lift to its microinsurance initiatives in India.  Other large insurers such as Hollard have chosen to realign internal resources more directly by creating entire microinsurance departments within their organisations.

With global pressure building for traditional insurance providers to adapt to the innovation wave of InsurTech and diversify their product offerings, we expect to see a lot more competitive activity in microinsurance from large insurers over the coming years.

While smartphones can drive innovation potential, holistic offerings tailored to the specific needs of consumers are more likely to yield success than a simple app that lets customers buy insurance and check coverage.  One offering we think has struck the right balance is Metromile, a US pay-per-mile car insurance coupled with a smart app to track trips, monitor car health and avoid parking fines.  Similarly, the South African Discovery Vitality scheme offers a good example of a holistic offering which addresses consumer needs through a combination of information and education, and lifestyle and health incentive offerings all of which can be accessed and managed through an app.

Experimentation with alternative channels for the delivery of consumer services such as those mentioned above will continue, however we do not expect smartphone innovation to make a significant impact in emerging markets such as Africa until device penetration has reached a greater proportion of the population.

P2P is not necessarily a new concept in emerging markets, community savings groups, for example, have been around for some time.  Technologies like social media and smartphones however, can create new group structures and make transactions more transparent, improve payment security, and provide new ways to connect to peers.  Players like TongJingBao in China, Friendsurance and So-Sure are examples where this model is being applied and are starting to receive airtime.

The P2P concept, we expect, will continue to be developed upon in different ways.  One such example is Kevinsured.com, a chatbot microinsurance product focused on P2P online transactions.

Despite the risk profiling and implementation challenges associated with agricultural insurance, we’ve seen a fair amount of momentum in this space with pilots such as the Blue Marble crop indemnity initiative in Zimbabwe and the Jubilee and Willis Towers Watson grain crop pilot in Tanzania.  Indeed, Allianz attributes much of its 95% year over year GWP uplift to its joint government crop initiative in India.  That being said, the majority of agricultural offerings in existence today still require a degree of subsidisation in order to be sustainable.

Looking ahead to the rest of 2017, we do not expect to see the microinsurance model evolve dramatically beyond what we have already outlined above.  At Inclusivity Solutions we actively shape our products and services based on our research and are excited by the opportunity that bundled offerings, particularly those relating to healthcare, can bring to microinsurance in emerging markets.  In addition, we look forward to being able to share insight from our primary research conducted in select African markets and reveal more around our new proprietary claims assessment platform, MALCOLM, over the coming months.